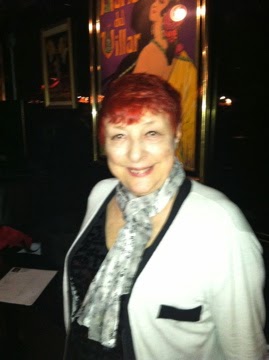 Vickie Phillips is a tenacious cabaret performer who admits to being 80 years old this year. She received a Bistro Award this past March and has been performing in NYC cabaret since her first show at The Bushes of Central Park West in 1974. The Bushes are long gone but Miss Vickie is still standing, a true survivor and icon of the cabaret scene in the city.

It was indeed a pleasure to be at the premiere of her new show, "Keeping Alive the Summery, Breezy Side of Brel, Weill & Aznavour!" at Don't Tell Mama. With her kinetic energy, spot-on soprano and dramatic renderings vocally, facially and physically, she certainly knows how to put across a song, let me tell you!

She entered with the upbeat opening number, Brel's "Brussels," walking to the stage, down the aisle, and engaging some of her audience intimately, establishing a direct and warm connection with the house.

Vickie''s on-stage presence is solid and displays a mastery of showmanship. Her patter is down-to-earth but alternately funny, dramatic and always fascinating. The true-life saga of how she got the music sheet to sing Charles Aznavour's unpublished "Sailor Boys" is a captivating one that speaks of Ms Phillips' devotion to her craft. It was an especially welcome song to hear during Fleet Week.

The singer beautifully covered Weill's "My Ship" from the Broadway show, Lady in the Dark, and brought me to tears with both her renditions of Weill's "September Song" and Brel''s "Mariieke." Her encore, "If We Only Have Love," also by Brel, received a standing O. And her bliss-to-madness portrayal of his roundelay, "Carousel," was sheer performance-art brilliance.

Kudos, too, to the show's musical director, Gerry Dieffenbach, who accompanied Ms Phillips on vocals a well as piano.

Vickie Phillips returns to Don't Tell Mama with this fabulous cabaret experience June 7 and July 12 and 26. Not to be missed by discriminating New Yorkers and visitors alike. 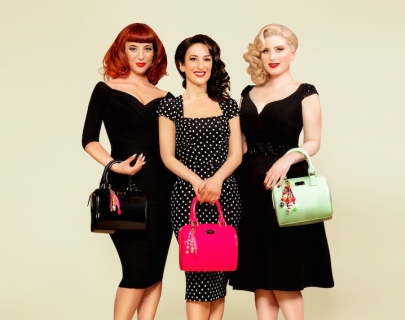